I’ll start with a link that claims dolphins are unexceptional! This article is based on a book that looks at the claims made about dolphin intelligence. I do think they are particularly intelligent so it might be worth buying if I happen to see it.

Also in the ocean is this interesting report of a mutant lobster, now heading to the Maine State Acquarium. It seems to have too many claws on one of it’s arms, however PZ Meyers takes exception to referring to them as claws. I don’t know enough about lobsters to comment but it’s unusual and interesting. It’s unusually interesting. 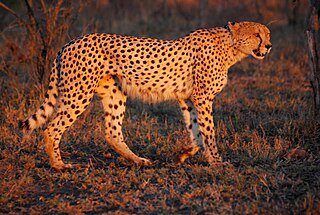 There’s an encouraging story here about using dogs to keep cheetahs away from livestock in Namibia. This decreases the conflicts between cheetahs and farmers, which is important as they are endangered. When I was younger I had the opportunity to stroke a live cheetah at Cheetah Outreach. They have since relocated but it’s still possible to visit and meet cheetahs in the flesh.

I’m a big fan of open source technology. I do think it is the best direction for us and this is an encouraging example of what it can accomplish. A South African man who lost part of his hand learned how to make his own prosthetic with a 3D printer and has released the plans for anyone to use. This drops the cost of a prosthetic hand from US$10 000 to US$500!

The final story is close to home. One of my lab members, Shareefa Dalvie, has had one of her samples be the first human genome sequenced on African soil! This is a huge achievement for genetics, the University of Cape Town and the University of Stellenbosch. Large sequencing projects like this are the future for genetics research and can help us understand the causes of many diseases. In this case, it should bring us closer to understanding the genetic underpinnings of bipolar disorder.