I finished The 120 Days of Sodom and Daring Do and the Eternal Flower and can now give short reviews here and add them to the list of books I’ve read in 2017. 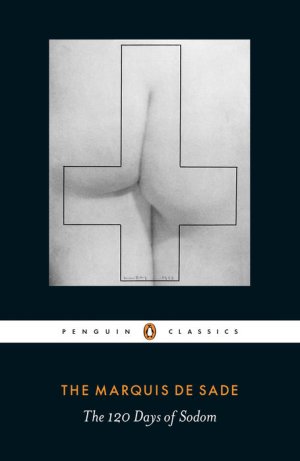 A highly-controversial book which has been banned at various times – it’s still, I hear, illegal to display Sade’s works in shop windows in France. Even if the name of the book isn’t familiar, the name of the author should be. The Marquis de Sade is the man from whose name we get the term “sadism.” He was a French Nobleman and a libertine who followed his passions without concern for others. This led him through a number of scandals over his sexual behaviour and eventually saw him imprisoned.

While in prison, he wrote The 120 Days of Sodom, whose manuscript was only re-discovered and published decades later. The story details four libertines who, with a cast of boys, girls, young men and old ladies, seclude themselves in a Swiss castle to indulge in their most base urges. In the narration it is described as “the most impure tale ever written.” It certainly lives up to that name and there would be very few people not shocked by some of the content which includes paedophilia, bestiality, scat, watersports, rape, torture and snuff. I think one of the footnotes by the translators gives a taste of what it is like in the later chapters. END_OF_DOCUMENT_TOKEN_TO_BE_REPLACED

I was thinking it might be nice to have a record of the books that I have read over the year. It could help me to make sure that I am at least reading something. I do plenty of reading online but those are usually shorter pieces and not complete novels and such. It also might be of interest to friends and family or for anyone wondering what to read. I will try to keep this list updated as the year progresses.

16/07/2017 Added two books to the list and included covers for finished books.