General science education in South Africa is in a terrible state. Recently, a survey was conducted among 1000 South Africans. They were asked 10 true or false questions about general science and, as Rapport reports (The article is in Afrikaans because the English versions only report on that article and are pathetic in comparison), the average South African only got five answers correct. These same questions were also asked in the United States where the average person got 6,5 questions correct. Since there is a lot of confusion over these questions I would like go through them, share the correct answer and briefly expand on it.

1. The centre of the Earth is very hot. 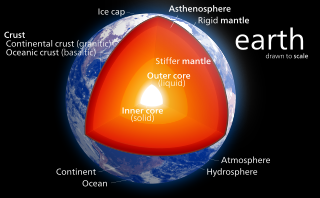 True. (78% of South Africans got this question correct) The centre of the earth is estimated to be around 5500 °C but is still a solid due to the incredible pressure. Mponeng in South Africa is the deepest gold mine in the world with activity going down to 3,7 km below the surface. The deeper you go, the hotter gets and the rock at that level is about 60 °C, requiring a lot cooling.

2. All radioactivity is man-made.

False. (43% correct) I don’t know too much about radiation so I’d rather refer you to the Wikipedia entry for background radiation. It appears that most natural radiation comes from the element radon which is radioactive and found all over the world in the soil and air. Some foods are also radioactive, notably Brazil nuts and bananas but they are not the only radioactive items you’ll come across every day.

3. It is the father’s genes that determine whether a baby is a boy or a girl.

True. (39% correct) Our genes are sorted onto chromosomes which come in pairs. One of those pairs is made up by the sex chromosomes, X and Y. If your pair is XX, you are female, and if your pair is XY, you are male. During reproduction the pair of chromosomes is split up so there is one sex chromosome in every egg and every sperm cell. The male’s sperm either has X or Y in it but all the female’s eggs have X because it is the only sex chromosome she has. So if the baby is a boy it has to get a Y chromosome, and the only way it can get that is from the father.

False. Laser stands for light amplification by stimulated emission of radiation. Knowing what it stands for immediately tells us that lasers are about light, not sound. It’s also why we can see but not hear lasers. They can be used for all sorts of interesting things, including pointing at objects, reading CD and DVD drives, for surgery or popping balloons.

5. Electrons are smaller than atoms.

True. (49% correct) At the centre of an atom is the nucleus, which is made up of positively charged protons and neutral neutrons. Orbiting the nucleus of the atom are one or more negatively charged electrons. The protons and neutrons are what give an atom its mass as they are many, many times bigger than electrons. Generally there are as many electrons orbiting the nucleus of an atom as there are protons, because the negative and positive charges attract one another.

False. (28% correct) This was the worst question overall, although 56% of white, English speakers got it correct. It’s also a very important question in a country which suffers from diseases. Antibiotics are only designed to kill bacteria. To kill viruses, you need to use an antiviral. A bacterium is a whole living cell that can grow and reproduce on its own. Viruses are essentially DNA inside a protein container. They are only able to reproduce by infecting cells and using that cell to produce more viruses. AIDS is caused by HIV, which is a virus but TB is caused by a bacterium. Colds and flu are also caused by viruses, so taking antibiotics will not help them at all.

7. The universe began with a big bang.

True. As with radioactivity, this is not something I’m particularly familiar with and I’ll refer you to Wikipedia again. An important point to note about the Big Bang theory, as with other scientific theories, is that it becomes accepted because it explains our observations about the world. If it were inconsistent with what we observe we would know that it were wrong. Consistency with reality, and predicting future observations, increases our confidence in the theory.

8. The continents have been moving for millions of years and will continue to move.

True. (65% correct) This is described by the theory of plate tectonics. Continents sit on tectonic plates which move on top of lower semi-liquid layers of the earth. This causes the continents to move up to 10 cm a year. The motion of tectonic plates can lead to earthquakes but the timing and movement of the continents explains why certain animals live in some places and not in others.

True. This question was interesting as it was the only one where Black South Africans (53% correct) did better than all other groups. The group that did the worst were the, probably White, Afrikaans speakers (26% correct). I suspect this is because the White Afrikaner community is generally highly religious and the idea of evolution is inimicable to religion, disproving the creation story of Genesis, the myths of Adam and Eve and the idea that humans are specially created in god’s image. However the evidence that humans (and all other living things) evolved from earlier species is strongly supported across all fields of science with the evidence well summarised in Richard Dawkin’s Greatest Show On Earth and Jerry Coyne’s Why Evolution Is True.

Earth orbits the sun. (68% correct) I consider this a bad question as both answers are correct. You can take either object as your reference frame and consider it to be still while all other objects move around it. What reference frame you will use will depend on the sort of question you are asking. This is what Stephen Hawking and Leonard Mlodinow had to say in their book, The Grand Design:

Although it is not uncommon for people to say that Copernicus proved Ptolemy wrong, that is not true. /…/ Despite its role in philosophical debates over the nature of our universe, the real advantage of the Copernican system is simply that the equations of motion are much simpler in the frame of reference in which the sun is at rest.