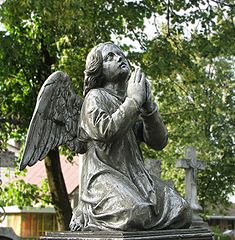 Today, an article was published in The Telegraph that made a new factual claim about the world, angels exist but do not have wings. Father Renzo Lavatori, who is supposedly an “angelologist” in the Catholic church, said they are more like beams of light. The first question we need to ask here is, “How does he know that?” What is the evidence for these angels? Does he have any pictures? Can he produce an angel? I’m not sure what his evidence for angels or their appearance is but I highly doubt that is particularly convincing.

One would’ve thought that he would have gained this sort of information from the Bible, but it doesn’t appear to be that way. Although completely unreliable as a historical or scientific text, the angels mentioned in the Bible do have wings. According to Isiah 6:1-2:

It’s worth noting that there’s an entire hierarchy of angels that has been described from fragments of Bible verses and personal opinion. Again, there’s a lack of good supporting evidence.

One of the points that stuck out in the article was that there was no critical examination of the claims. It didn’t bother to provide the evidence for angels looking like shards of light other than that an “angelologist” had said they did; a logical fallacy known as the argument from authority. We weren’t even told what the original evidence for winged angels was and why it is incorrect. We should not, and should not be expected to, accept such claims without convincing evidence being provided.

6 thoughts on “And how do they know that?”